What is Extended Reality (XR) and How Do We Use It Everyday? 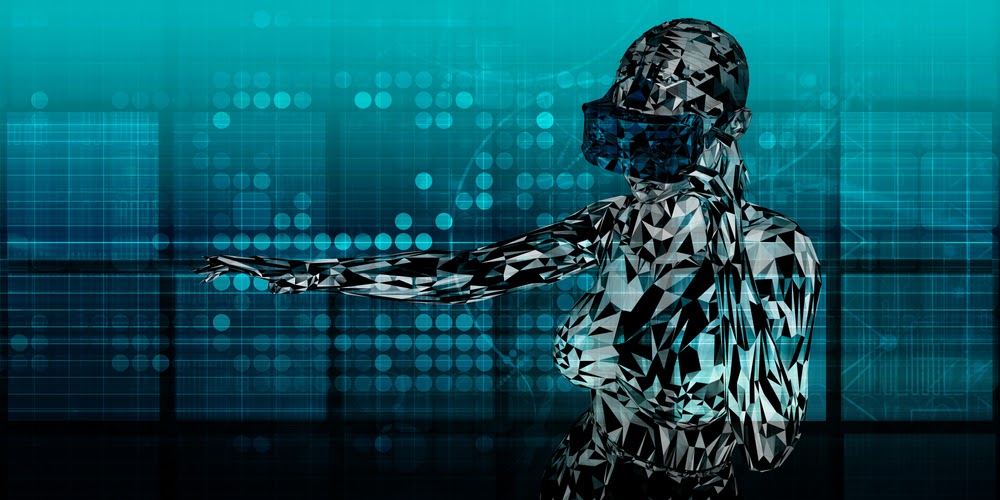 Not everyone can own a one-of-a-kind masterpiece. For many, rare works of art are out of the budget. Augmented reality might be changing the art world by allowing masterpieces and unique art creations to become accessible to a wider audience.

Smithsonian Magazine explored how art was going augmented…and could be enjoyed from home using this technology. Smithsonian reported that artist Jenny Holzer’s work can be displayed in the home via an app. The same article detailed how Serpentine Galleries had to find a safe way to showcase a virtual reality art experience called The Eternal Wave by artist Cao Fei; allowing patrons to don goggles wasn’t an option. An augmented reality experience via phones became the solution. The augmented reality experience could be accessed via an app called Acute Art. The full experience could be accessed in the gallery, but a smaller “sample” could be enjoyed from anywhere.

Could augmented reality be the future of how we enjoy art? Both Holzer’s and Fei’s work were either conceptual and/or multimedia and could translate to a tech platform; Holzer’s work includes LED signs. Fei’s exhibit was supposed to be experienced via virtual reality so the augmented reality pivot made sense.

Augmented reality might be ready to invade the kitchen! Yes, you may soon be able to cook up some culinary masterpieces thanks to augmented reality. Zack Johnson and a few fellow peers at Dartmouth used Magic Leap to create an augmented reality cooking experience app called Cook Along.

The app required that users wear the Magic Leap during the experience.  The augmented reality experience takes them through every step of the recipe. They see the directions as well as the ingredients. Johnson explained in an article via Forbes that users could even watch someone demonstrate a particular step. If you don’t know how to whisk, maybe this was shown. This helps simplify cooking, especially for those who aren’t masterful in the kitchen. While Johnson noted that the app wasn’t going to be available via Magic Leap, the article included a link to the app.

Could apps like Cook Along be the future of cooking? Following a recipe can be frustrating, especially for those who are unsure how to interpret certain directions. A scene in Schitt’s Creek, for example, featured David asking Moira how to fold in the cheese while making enchiladas. Her response? You fold it in! Perhaps cooking apps that utilize augmented reality could show exactly how to fold in the cheese!

While cooking apps could be a future phenomenon, there is an app that lets consumers see the food at restaurants or when ordering online. Not sure if that Chicken Carbonara is really going to be as amazing as the photos? Apps can help visualize the menu via augmented reality food.

Those interested in exploring augmented reality for ordering takeout can do a quick search for these apps via the App Store or Google Play.

Many enjoy a cup of coffee to perk up in the morning. Maybe the pandemic meant more of that coffee was brewed at home. Some may be considering upgrading to a fancy new espresso machine. But how will that machine look in the kitchen? Does it complement the other appliances?

The hunt for the perfect espresso or coffee machine doesn’t need to be a mystery thanks to augmented reality. Whole Latte Love offers an augmented reality experience that lets consumers drop those investment machines that brew java magic right into their kitchen. See what model looks best…and fits the space.

However, according to Wine Industry Advisor, the augmented reality wine label is becoming quite popular in the industry. The publication notes that hundreds (more than 500!) of wineries have embraced augmented reality and AI; the technology was built by Winerytale.

That bottle of merlot now may have more body to it than the depth of the wine. The label may hold the key to a unique augmented reality experience!

Augmented Reality in the Car

GPS systems used in vehicles often include augmented reality, too. They may show the real environment while also projecting directions or arrows showing when or where to turn. Some vehicles have these types of augmented reality details built into the car, too. Smart rearview mirrors also include projections of the rear scenes of the car along with other details or data.

Cars of the future likely may include even more unique technological features. We could see smart windshields or even self-driving cars. Projections of helpful avatars could enter the vehicle, too. Car manufacturers are working on all types of new technology to improve the driving experience.

Augmented and Virtual Reality for Shopping

Many consumers shop online. Stores and businesses are adopting virtual or augmented reality experiences to improve the user experience in commerce. For example, there may be augmented reality features that allow shoppers to preview cosmetic colors or paint hues on walls.

With augmented reality, shoppers no longer have to guess about the appearance of a purchase. They can preview those hues or maybe even virtually try on garments. Some apps even let users preview new hairstyles or hair colors. Will that bob haircut flatter the face? Stop guessing and use augmented reality!

While many parts of the country may be opening back up to more foot traffic, some shoppers may prefer to research their options online. Buying a new car can now include virtual experiences to simplify the shopping process. Use augmented reality or virtual reality to find favorite makes and models, then visit the dealership to view them in person!

Augmented Reality and the Smart Home

Augmented reality could control the home in the future. According to an article via As Mag, Hayo is creating a device that will easily control appliances and other tech in the home. The Hayo device (which looks a bit like a small speaker) maps out the room. Using an app for Hayo, homeowners can create buttons to control functions in the home…and the buttons can be anywhere!

Touching the couch cushion could turn on the coffee maker…or whatever the Hayo controls. The app apparently lets users control where they place ‘virtual buttons.’

While smart home technology has usually been controlled via a handheld device like a smartphone or a tablet, Hayo might simplify typical functions in the home and users won’t have to be tethered to their devices.

There are so many ways that augmented and virtual reality mix into everyday life. And all these technological features in our homes, cars and within user experiences online make up extended reality. The advancement of tech know-how may mean that virtual and augmented reality will continue to creep into our daily routine. One day, we all may be wearing glasses to see the virtual and augmented world around us!