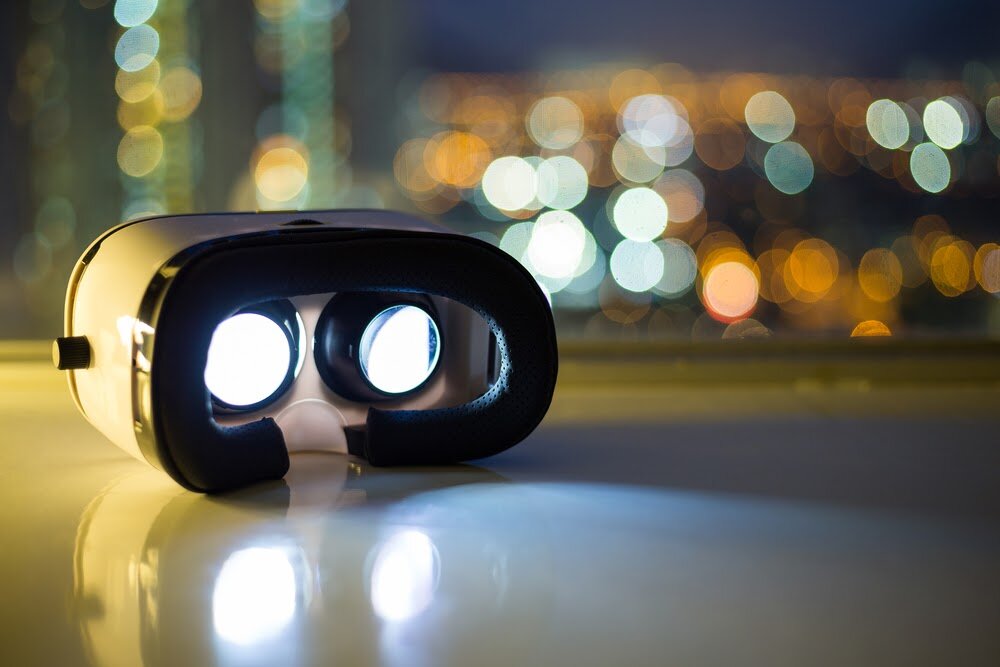 Every year, major players in the tech sector tease new products and host special events introducing these additions to their lineup. Product launches are much anticipated by consumers who may crave the cool factor of the latest gadget. While newer isn’t always necessarily better, in the tech sector newer products often include upgraded features or advanced capabilities that leave their older predecessors looking like dinosaurs.

Augmented and virtual reality offerings have evolved from clunky to streamlined. And, in 2021, consumers can prepare for sleeker offerings. Here’s what to expect from AR and VR in 2021 according to experts in the industry.

Instead, augmented reality and virtual reality will affect consumers by interspersing into their lives and habits. Here’s what’s on the virtual horizon in 2021.

Augmented Reality and the ‘Network’

When virtual reality and augmented reality devices and programs require an internet connection, the network speed may boost performance. Most consumers likely have stories about a sluggish internet speed; the pages load slowly, videos suddenly stop, it’s a tech nightmare.

A 5G network also aided mental health treatments. The Association noted that “…AR/VR exposure therapy applications are also made more effective with 5G, which reduces lag time and creates a more realistic and immersive experience for the user.”

While the 5G element doesn’t point to a new AR/VR product, the speed of these networks seem to be conducive to a better virtual reality or augmented reality experience. While many consumers have seen the commercials touting ‘5G,’ they might simply view it as another gimmick. In the case of virtual reality, though, the upgraded network has helped to improve the virtual experience…at least according to the Consumer Technology Association.

In the Association’s article, the 5G network (and its speed) also was noted to improve experiences for virtual tours at museums, gaming, company meetings and even virtual sporting events.

If consumers think 5G is fast, though, something better might be on the horizon. Yes, 6G is already under development. And this faster network (think 100 times faster than 5G) will likely boost capabilities for augmented reality and virtual reality products of the future. Until, of course, 7G comes along…because in the tech sector, there is almost always something faster, sleeker and improved right behind the latest new launch.

Insights from TrendForce: AR Glasses and the Smartphone

In 2021, more companies may add their own new offerings to the mix. There are rumors about Apple smart glasses, but the company has never confirmed.

In July, Strategy Analytics released a report titled “Short and Long Term Impacts of COVID-19 on the AR and VR Market.” The report detailed predictions for 2021 and beyond. While augmented reality and virtual reality contracted instead of showing growth, thanks to Covid, the future is predicted to be very good for the market.

Strategy Analytics predicts “sixfold growth” in the next five years (through 2025), representing revenue of more than $27 billion. What products will feature in this growth? In the next year (that is 2021-2022), the company predicts that AR headsets for smartphones will be making a “comeback,” and the high-speed 5G network was noted as one of the reasons for this upcoming trend.

For those unfamiliar with AR headsets for smartphones, the company Aryzon is one of the players in this area of the market (although it was not noted in Strategy Analytics’ press release). The headset is a bit of a mini version of the standard virtual reality headset and slightly resembles the ViewMaster. Price is noted by the company to be affordable—in fact, Aryzon’s website states that it’s the “World’s first affordable AR/MR headset.” The headset is priced at a little less than $40.

If the prediction of the rise of an AR headset for smartphones comes to fruition, this could be an interesting development. While different companies will likely have different price points for their headsets, the accessible price of the Aryzon headset points to the possibility that AR headsets could become mainstream.

If they were mainstream, think of the impact on the gaming world! While virtual reality headsets tend to be bulky—and pricey—the idea of accessible AR headsets that are compatible with smartphones opens up the gaming world of all types of AR-powered adventures. Imagine using a headset to play a new version of Pokemon Go or another augmented reality game.

With a smaller headset connected to a portable device, gaming could be a more compact and personal experience, too. Players wouldn’t need a console, just the phone. Kids could take them on road trips, perhaps, giving them a mobile gaming experience.

While 2021 will likely see new products and sleeker gadgets for augmented and virtual reality, this technology may surround consumers whether or not they purchase the latest and greatest offerings. For some, virtual reality headsets might be out of the budget. While an AR headset could be more affordable, some consumers might not be that comfortable with new technology.

Yet, the virtual world is everywhere now. The power of 5G is speeding up virtual tours for museums and helping the healthcare industry provide virtual visits without lag time. Even consumers that have zero interest in virtual reality and don’t own headsets or play AR or VR games, the virtual world may creep into their real world.

Covid impacted everyone in some way. Many Americans had to abide by shelter-in-place orders or other health restrictions. Going out for the sake of going out really wasn’t much of an option. So how did the country adapt? Whether consumers realized it or not, we went virtual and embraced this new reality.

School days were virtual. Work was virtual. Life went into a virtual reality. Maybe not always with a headset…but in other ways.

Employees used fun backgrounds during virtual conference calls to give the illusion that they were somewhere else. Maybe a beach. Or a forest. Those backgrounds were a bit of augmented reality. They weren’t real.

Individuals itching to get out of the house couldn’t just jump on a plane and tour Europe. But touring Europe or places within the continent was still a possibility. From the comfort of home, people could take a virtual tour.

Museums might have been closed to the public or had limited capacity, but virtual tours could give visitors the museum experience. While the Louvre remained closed through part of December, the famous museum offered virtual tours and other online activities. Among the virtual tours offered by the museum was a tour of the Petite Galerie, where online visitors could see works from artists including Rembrandt.

The tour takes visitors up the stairs and provides up close views to sculptures and paintings. While it cannot be the same experience as actually visiting the Louvre, the virtual experience is still an escape from the drudgery of sitting at home. The Sistine Chapel also offered virtual tours so those at home could gaze at the works of Michelangelo. With the click of a mouse, visitors can guide their own journey through the chapel.

While 2021 will likely introduce many new virtual reality and augmented reality products, it will be interesting to discover which products grab the attention of consumers. And influence them to open their wallets! Will this be the year of smart glasses? Will AR headsets for smartphones become the must-have item? Only time will tell!