Why are People Stealing Catalytic Converters? 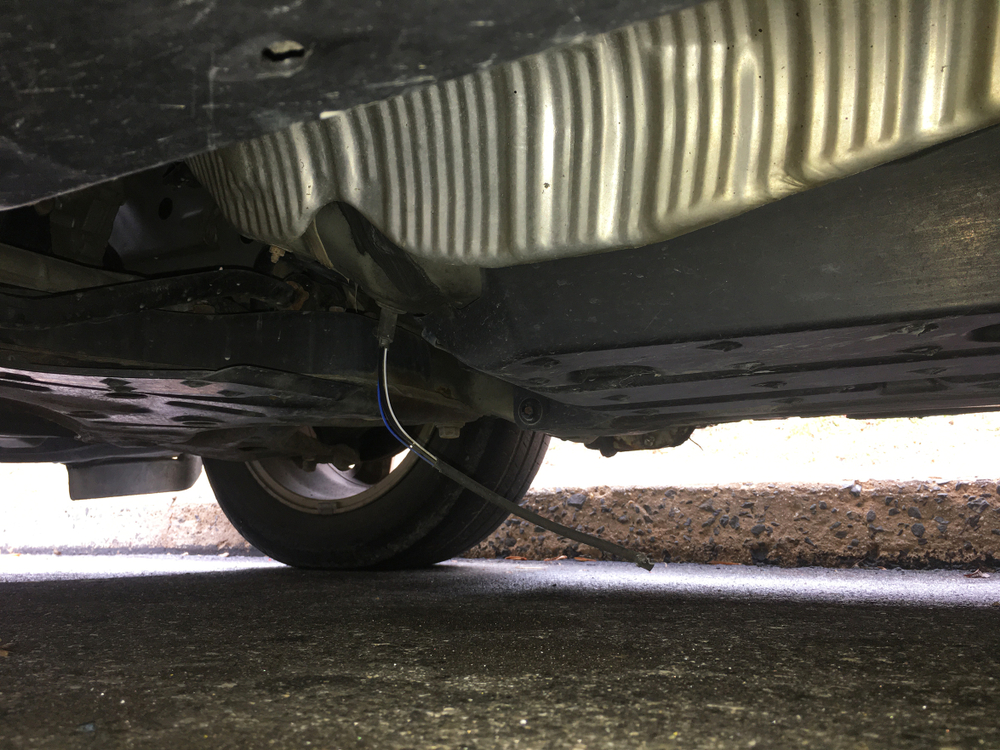 In 1970 Congress passed the Clean Air Act and catalytic converters became an integral part of the car’s mechanics. The Environmental Protection Agency mandated that all cars starting with the model year 1975 must be equipped with a catalytic converter.

How much is a Catalytic Converter?

A catalytic converter costs between $800 and $1,200. These are not inexpensive parts to replace. What makes these parts so expensive, though?

Their price tag is due to their intricate mechanical function; a catalytic converter is designed to convert harmful emissions into more benign emissions. To do this, the converter engages in a bit of automotive chemistry.

What are the Most Stolen Catalytic Converters?

Prius models include high amounts of the valuable metals. In addition, vehicles that sit high off the ground also are prime targets for catalytic converter theft. High vehicles like SUVs, trucks and vans are easy for thieves to maneuver beneath the vehicle to remove the converter.

Every car with a catalytic converter could be a target for thieves. However, SUVs, trucks and other vehicles that sit off the ground are simply more accessible for this type of theft.

In addition, those who drive a 2004 to 2009 model Prius also may be targeted. Again, these vehicles have catalytic converters with higher amounts of precious metals that are valuable to thieves. According to the Highway Loss Data Institute, “Claim frequency grew from 1.4 claims per 1,000 insured vehicle years in 2016 to 58.1 claims in 2020, with the largest increase occurring between calendar years 2019 and 2020.”

Which Cars are Targeted for Catalytic Converter Theft?

Car owners with any vehicle equipped with a catalytic converter need to be aware that thefts are on the rise. Yet, those who drive an SUV, van or truck that sits high off the ground might be more susceptible to this type of theft.

Prius owners—especially those who drive older models—also need to be on the lookout. Not only does this type of theft result in costly repairs, but if the theft also could result in the vehicle being declared as a total loss from an insurance company.

How to Prevent Stealing Catalytic Converter

While some cars are prime targets for catalytic converter theft, owners can take measures to protect their vehicle and make it more difficult for thieves to access this highly coveted auto part.

One of the simplest ways to deter thieves is by parking over dirt or gravel. The converter is underneath the vehicle, and this means thieves have to slide under the car to remove the part. Parking somewhere messy could be a deterrent.

Nerdwallet recommends painting the catalytic converter and including the VIN on the converter. This shows that the part is associated with a specific vehicle. A brightly painted converter that has been marked with the VIN might keep thieves away.

There are also devices that can be installed to help protect the converter. These devices might look like a cage and make it more difficult for thieves to remove the part.

Vehicle owners need to understand that if their vehicle only has liability coverage, their insurance company will not cover the cost of the theft. For vehicles that are prime targets for catalytic converter theft, car owners might double-check to ensure they are protected with comprehensive coverage.

Anti-theft devices can protect the Prius’ converter. In addition, owners might also choose to paint the converter and add the VIN or license plate number on the converter. Taking multiple precautions can help further deter thieves from targeting the vehicle.

Which Cars are Most Likely to Have Catalytic Converters Stolen?

Owners of older Prius models might want to take precautions to protect this highly-coveted and very expensive auto part. Anti-theft devices can be an inexpensive and effective option. In addition, painting and marking the converter also could help deter thieves.

How Do Thieves Steal a Catalytic Converter?

Removing a catalytic converter might not be the most convenient crime, but it’s also not difficult for an individual who is motivated. Thieves access the converter by sliding underneath the vehicle; they use a mechanical saw to remove the part. Kelley Blue Book (KBB) notes that the theft takes mere minutes.

How much is a Catalytic Converter Worth?

For the thieves, these parts can command about $50 to several hundred dollars at a recycling facility. As for the metals in the converter, the prices are skyrocketing. KBB reports that an ounce of Rhodium is now worth more than $17,000!

Why Do People Steal Catalytic Converters?

Catalytic converters are a prime target for thieves because the metals used in the converter are highly valuable. In the older models of the Prius, a catalytic converter has higher levels of these sought-after metals. This is why older Prius’ are targeted by thieves.

In addition, vehicles that sit high off the ground also provide easy access for thieves. To access the converter, a thief has to go underneath the vehicle. Higher vehicles offer convenient access.

What Cars are Safe from Catalytic Converter Thieves?

The catalytic converter was required to reduce emissions that were produced from the fuel-injected engine. Electric vehicles, though, don’t use fuel to operate. Instead they require electricity to charge the batteries that power the engine.

Buying an At-Risk Vehicle? Protect It!

Unfortunately, car owners who purchase a truck, van or SUV that sits high off the ground might be targeted by thieves who want to make a quick buck on the catalytic converter. While some vehicles are more at-risk for catalytic converter theft, car owners can take steps to reduce their risk of theft for their new car.

Catalytic converter theft results in a significant replacement cost for the car owner or an expensive claim for an insurance company. Protecting the car can help reduce the risk of theft and save owners the time, expense of dealing with the loss of this important auto part.

As the price of precious metals soars, catalytic converters may continue to be a prize for thieves looking to make a quick buck. Some buyers who want a new truck or SUV might simply gravitate towards electric options.

Electric vehicles don’t require catalytic converters as they don’t use fuel to power the engine. Electric trucks and SUVs can still offer the same benefits—including towing capacity—that drivers need without the concern of a thief slicing away the converter.

As electric vehicles start to become the mainstream automobile on the market, catalytic converters will likely convert into an obsolete part of vehicle mechanics.