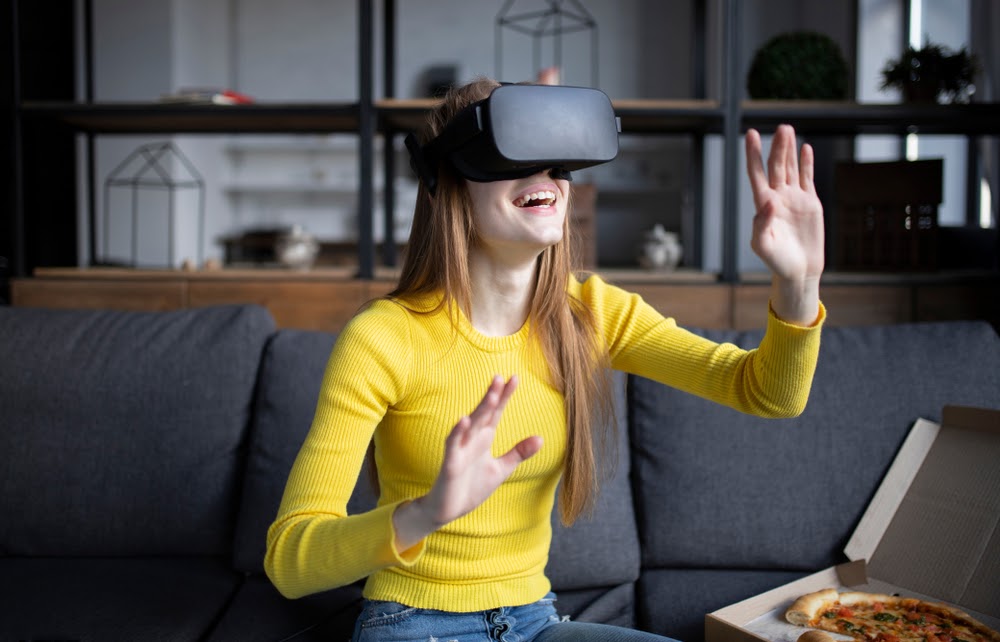 “Why on earth would someone want to put Pac-Man on the side of a pizza box?”

Well, why not? Now the classic Pac Man arcade game experience is available on the sides of Pizza Hut delivery and to-go boxes for consumers to play as they eat pizza and pizza-related creations. This modern twist on a cherished video game has been whipped up by Pizza Hut as a nostalgia promotion in an effort to move more products.

Pizza Hut By the Numbers

Pizza Hut itself is coming off a year of somewhat suspended numbers with Pizza Hut International scraping together 13% growth in the fourth quarter of 2020. Dominos reported a 14% growth in the third quarter of 2020, which might not seem like much of a difference, but those little percentage points tend to equal big dollars in the eyes of the pizza makers.

When a business starts to hit a plateau or even a decline, it’s time to shake things up, and new creations will start to come out of high priced think tanks which incorporate the latest product and technological innovations. Since necessity is the mother of invention, it’s times such as these when consumers start to see attractions like Pac-Man-playable pizza boxes. Sure, this sort of innovation isn’t going to win the Nobel prize or any such humanitarian award, but it’s a testament to how amazing, immersive, and omnipresent AR technology is starting to become.

Pizza Hut is a subsidiary of Yum! Brands, Inc. and is one of the world’s largest restaurant companies. Pizza Hut has turned itself into a household name over the years as an American fast-food pizza chain, ultimately growing to the point of becoming an international franchise. Founded in 1958 in Wichita, Kansas by Frank and Dan Carney, Pizza Hut offers its titular delicacy in addition to other Italian-American dishes, including:

Unlike high-priced artisanal pizza shops, Pizza Hut prices their product to move, and their business model has stood the test of time.

As of April 25, 2021, there are 6,672 Pizza Hut locations in the United States alone and 17,639 restaurants worldwide, both numbers down due to the impact of the COVID-19 pandemic. Pizza Hut is now positioning itself to get back to some semblance of regular growth after a challenging 2020.

Even after its slight 2020 downfall, Pizza Hut remains the world’s largest pizza chain — if we’re speaking in terms of number of locations. Domino’s has the crown when it comes to pizzas sold with 7.04 billion in sales in 2019. Even during a global pandemic, people across the globe turned to Pizza Hut, Domino’s, Little Caesar’s and other pizza delivery shops to keep them fed while they sheltered in place.

Putting an 80s arcade game on the side of a pizza box is an interesting piece of “Nostalgia Marketing” that is sure to get folks to purchase more pizzas by the box, but why do companies and organizations rely on nostalgia in the first place?

There’s a reason why there is an app you can download on your phone that makes your smartphone operate like a rotary phone. The entertainment industry capitalizes on nostalgia with shows like Stranger Things and Mad Men. There is a ton of currency in helping people bridge the gap between the present and the past.

Big box brands and Fortune 500 companies around the world pay big bucks to ad agencies (names like Ogilvy, Deloitte, Epsilon, and McCann) to tug at consumer heartstrings in order to get them to empty their pockets and often purchase something they may or may not want or need.

Coming off a rough year (to say the least), many businesses are now pivoting away from COVID-19-heavy rhetoric and messaging and favoring normalcy and getting back to connecting with consumers on some sort of regular and real level.

Nostalgia products are on the rise in our current ever-evolving climate, which might seem like an ironic thing. Old school Nintendo products are being picked up on Ebay at a rapid clip — and the same goes for other vintage video game consoles.

Any respectable gamer will likely not only have the latest Playstation or Xbox device, but they’ll also have their Super Nintendo, NES, Sega Genesis, Dreamcast, and other consoles which have long been out of production. Said gamer might even end up playing Mario Kart on that Super Nintendo in lieu of using their latest VR headset.

What’s the Big Deal About Pac-Man?

Pac-Man itself took the world by storm in 1980 and remains widely played today — except in different iterations than kids, teens, and adults played in earlier decades. Instead of playing the game at an actual arcade, most people today have probably first played Pac-Man on a smartphone or on their computer.

To this day, gamers learn to beat Pac Man through repeatable patterns and “Cherry Partners” that help the subject character eat all of the dots before getting caught by antagonistic monsters. At first, Pac Man could only be played in an arcade, then, later, on NES, Atari, and other consoles. Ultimately, Pac Man became available online (often free of charge), giving gamers the ability to play Pac Man anytime anywhere.

Now, with the help of AR technology, you don’t need your phone or your laptop to play Pac Man. You can grab a Pizza Hut pizza, maybe some wings and breadsticks, head to the park, have a nice picnic (either with a friend or solo), and play Pac Man to your little heart’s desire. If that’s not innovation, we don’t know what is.

Pizza Hut isn’t the only organization that has Pac Man on the brain. In 2010, Google celebrated Pac Man’s 30th anniversary — by unveiling its first ever interactive doodle. Users were able to log in and play Pac Man straight from their home page, which has a lot of similarities to what Pizza Hut is doing right now — now that’s clever nostalgia marketing.

What is AR technology and how is it used in the world today? Augmented reality has to do with the creation of an interactive experience having to do with a real-world environment. In augmented reality, objects residing in the real world can be enhanced via computer-generated perceptual information. AR is sometimes utilized across multiple sensory modalities.

AR includes elements that are:

Augmented reality allows people to superimpose digital content (which can be either images, sounds, text, or some combination of the three) over real-life canvases.

Video games have always been synonymous with AR. In 2016 augmented reality received a vast amount of exposure for the Pokémon Go launch, which gave gamers the ability to interact with their Pokémon which were superimposed onto the environment via a smartphone screen.

AR is being used in the medical field to help with surgeries as well as the automotive industry and real estate industry with virtual showrooms and virtual open houses, not to mention helping provide enhanced training, even to skilled apprentices. AR is even being used for immersive therapy, which helps individuals with social anxiety get the treatment they need in an environment they are comfortable with and acclimated to.

Even though in the past pizza restaurants have primarily focused on the dine-in experience, perhaps Pizza Hut is providing this attraction as a way to bring that same dine-in experience to those who have been enjoying pizza at home.

Perhaps there will be a time again when people will flock to the red roofs of Pizza Hut to have a pie or two and play an arcade game (or three).

Pizza Hut partnering with Pac Man to bring this limited edition product to market is only the beginning of AR/product collaboration, and AR is set to enhance even the most banal experiences for people all over the world. Sure, not everyone on the planet is going to be able to experience AR as it applies to the medical field, but anyone who has a spare $14.99 (and a craving for hand-tossed dough, marinara, mozzarella, and either veggies and/or meat) can experience for themselves just how far AR has come and get a glimpse at how far its grasp can possibly reach.