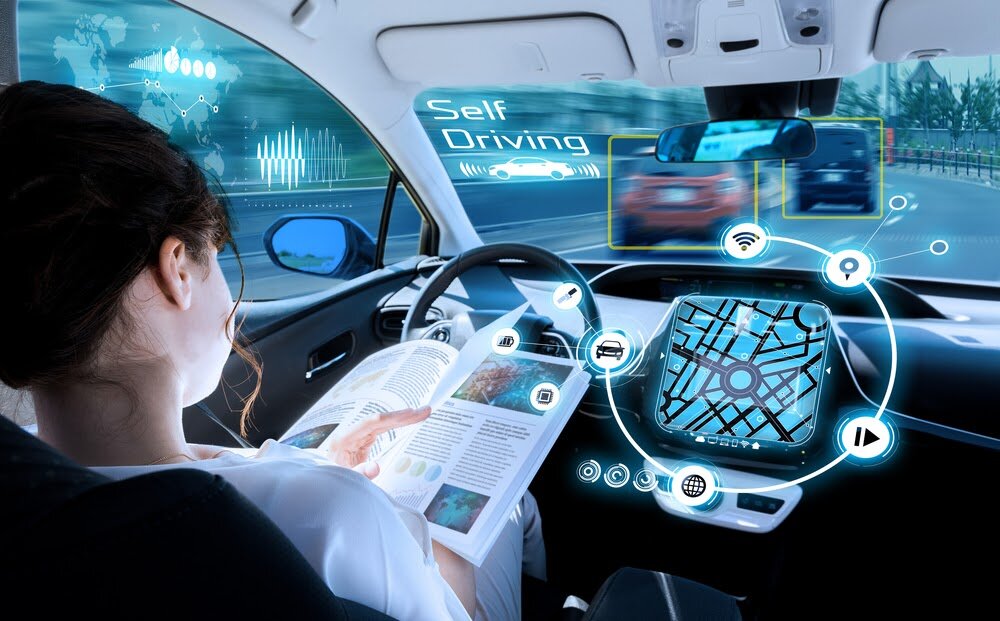 Artificial Intelligence (AI) was not always a term associated with driving. Yet, today, it is an integral part of innovation in the automobile industry. More and more big-name auto companies are looking for startups that have the tools and creative ideas to help enhance their vehicles’ driving experience.

The autonomous vehicle market is especially benefiting from the advancements made in AI. Auto companies are partnering with startup AI companies to make self-driving cars more accessible in the future. Major automakers are investing billions in these startups to be the top self-driving manufacturers in the field.

Partnership with automakers and Argo AI worth billions

Because of these major investors, Argo is now valued at $7.5 billion. Ford and Volkswagen take equal ownership stakes with Argo’s board of two VW seats, two Ford seats, and three Argo seats.

Ford’s initial investment of $1 billion helped to bring the startup company into the forefront of the autonomous vehicle industry. The investment was a surprise as the company was only a few months old, but its founders are established leaders in the industry.

Bryan Salesky was director of hardware development at the Google self-driving project and Peter Rander was the engineering lead at Uber Advanced Technologies Group.

Now with Volkswagen’s investment, Argo will also be sharing and extending those developments to VW vehicles. The VW investment also opens up the European market and industry to Argo.

The support and investments from the two auto companies have made Argo a leader in the autonomous vehicle industry, and also puts Ford and Volkswagen at the top of the race in the self-driving auto business. However, this is not the only AI startup and automobile company partnership that is working to bring self-driving vehicles to the streets.

Which automotive companies are partnering with startups?

Autonomous vehicles are still a long way from being a common sight on neighborhood streets, but partnerships between tech startups and established automobile companies are bringing that vision closer and closer.

Making vehicles is already a complex process and system, but incorporating AI technology is making the process even more difficult for automakers to tackle the project alone.

With the exception of Tesla, few tech companies venture into manufacturing their own vehicles. Instead, many major automakers are partnering with tech companies to incorporate their systems into their vehicles or work on creating their own self-driving systems.

This helps both companies to focus on their strengths rather than having to integrate another sector into their companies.

Self-driving cars are now the focus in incorporating AI to vehicles, especially as demand continues to rise for such vehicles. The demand for self-driving vehicles has increased as in-car safety features have become a primary concern for buyers.

What are the benefits of self-driving vehicles?

Although some automobile companies such as Tesla have already incorporated self-driving features into their cars, the ability for a fully autonomous vehicle has still not entered the commercial market.

Here are five ways self-driving cars will improve our driving:

Many car accidents are caused by miscalculations, texting, phone usage, drunk driving, and speeding. Data shows that about 94 percent of serious crashes are because of human error.

Fully autonomous vehicles can completely eliminate the factor of human error. They can make for more precise driving and will enhance the safety of not just drivers, but also passengers and pedestrians.

Self-driving cars will also be programmed to follow traffic rules and regulations thus making our roads much more streamlined. A self-driving car also means more time for the drive to be productive. Instead of doing the actual operations of the car, a driver can mostly sit back and do something else during their daily commute.

Many vehicles today already utilize a form of self-driving in this way. Some cars have self-parking features that parallel park for you or prevent you from hitting something when you are attempting to park. AI features such as measuring parking spaces and alignment are already common in commercial vehicles.

What is the role of AI in the auto industry in the future?

The potential benefits of self-driving cars are the reason why so many major automobile companies are investing billions into AI technology. However, this is just one way AI is being incorporated into the auto industry. AI is creating innovation and advancing technology in vehicles like never before.

AI’s role in the automotive industry will change not just how we drive but also how vehicles are manufactured and sold.

Today, much of the process in manufacturing vehicles still relies on manual labor. However, with more advancements in artificial intelligence, manufacturing and creating vehicles will become quicker, easier, and safer.

Tesla is already working on systems that will help with streamlining the manufacturing process even more and make advancements in quality control. The AI program can check that assembly parts are put together correctly.

AI is significantly changing the way buyers are shopping for cars. Traditionally, shopping for a car meant going to a dealership and going in blind. There was no other way to really see the interior of a car before going to the dealership.

Now, prospective buyers can shop from the comfort of their own home and also see all the features in a vehicle.

AI companies such as RelayCars are recreating the car shopping experience virtually. RelayCars allows shoppers to view any car they are interested in purchasing. They are able to view both the exterior and interior of the vehicle virtually.

This can help buyers make more thoughtful and informed decisions before going to the dealership so that by the time they do visit one they are ready to make a purchase. Virtual showrooms can be a great tool for dealerships and can help to increase sales since buyers are likely to be more committed to buying a vehicle before they even come in.

Startup AI companies partnering with major automakers are bridging the tech world with the automotive world.

AI is the present and future of the automotive industry. AI companies like RelayCars are bringing innovation and advancements that can bring both consumers and automakers many benefits.

The race to create commercial self-driving vehicles is relying heavily on the tech that these startups are developing. This is creating an industry worth billions where startup AI companies can gain capital and automakers can get ahead in the competition for safe self-driving cars.