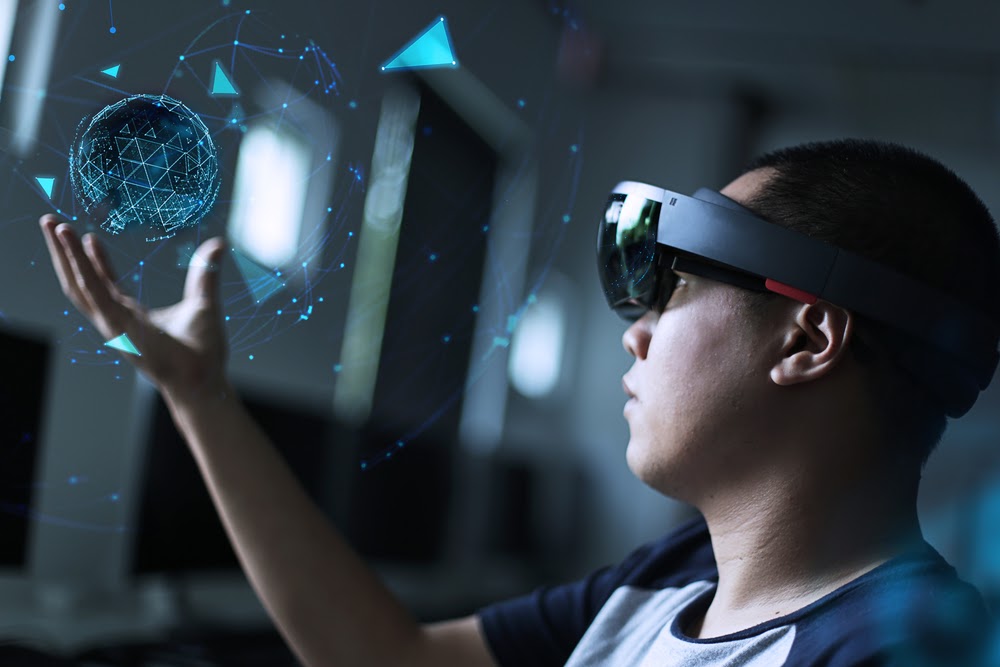 The augmented and virtual reality market is expected to grow by over $162 billion by the year 2025. Furthermore, analysts predict that there will be a 75% consumer adoption rate of these technologies within the next two years. Many companies are hoping to profit off of the expected growth of this market, including Facebook.

Although Facebook is one of the biggest social media companies in the world, it has also quietly become a major player in the virtual and augmented reality industry.

Facebook has invested heavily in augmented and virtual reality technologies. In fiscal year 2020, the company reported that 21% of its annual revenue, or about $18.45 billion, was allocated to research and development. According to the company, augmented and virtual reality efforts account for a major portion of these research and development costs.

How exactly is Facebook using virtual and augmented reality? Here’s what you need to know:

All of these Oculus models have since been discontinued, though. Only the most recent model, the Oculus Quest 2, is still in production. It is similar to the original Oculus Quest, but designed with better technology, a longer battery life, and more comfortable handheld controllers.

Facebook has never revealed sales numbers for any of the Oculus models. However, the company did announce that they sold over $100 million in Oculus Quest content through the Oculus Store in the device’s first year. If the content was this successful, it’s safe to say that the device itself was a success as well.

Facebook Portal, a line of smart displays and videophones, was released in 2018. Portal devices allowed consumers to communicate with one another via video chats powered by Facebook Messenger and WhatsApp.

According to Facebook, Portal created a more realistic, intimate video call experience thanks to its wide-screen display. It was also designed with a Smart Camera, which would automatically rotate, pan, or zoom to follow the action and Smart Sound, which would enhance the voice of the person speaking. This created a hands-free experience and made consumers feel like they were really in the same room with their friends or family even if they were actually thousands of miles apart.

Even though Portal was initially released in 2018, it exploded in popularity during the COVID-19 pandemic. Many consumers relied on Portal to connect with loved ones that they couldn’t see in person due to social distancing guidelines.

As a result, Facebook announced plans to expand the capabilities of Portal in 2021. The company revealed that Portal would soon have virtual and augmented reality features that would make it easier for remote workers to connect, communicate, and collaborate.

Spark AR is designed for users of all skill levels, so you don’t need to know much about augmented reality or coding in order to take advantage of its features. The platform has dozens of different tutorials and step-by-step guides that provide all of the information you need to get started.

You can either import your own digital assets or browse through the hundreds of audio files, three-dimensional objects, and other digital assets within Spark AR. You can even upload sound files to create a one-of-a-kind multi-sensory augmented reality effect.

The effects you create within Spark AR can be published as Instagram and Facebook filters. Effects can also be applied to Facebook ads to create eye-catching ads that will stop users in their tracks.

Facebook hasn’t released very many details about the glasses, however executives have acknowledged that the glasses will ultimately eliminate the need to use a smartphone, tablet, or computer. One executive also suggested that the glasses would use facial recognition technology to provide users with face ID security.

Facebook will also release a line of “soft, wearable systems” to pair with the augmented reality glasses. For example, Facebook plans on releasing a wristband that will connect to the augmented reality glasses. The wearer will be able to use this wristband to control what is shown in front of them. The wearer might be able to select an item from a menu screen simply by tapping on their wristband, for instance.

Facebook is also producing haptic gloves that will connect to the company’s augmented reality glasses. Wearing these gloves would allow the user to access a virtual screen and keyboard projected directly in front of them.

Facebook has not announced a release date for its augmented reality glasses or other wearable accessories. But these products have the potential to completely disrupt the virtual and augmented reality industry.

Players who enter the Horizon virtual universe can design their own avatars. Then, they can jump to different locations within the simulated world using Telepod portals. If a player gets lost or confused, they can rely on one of the local guides, known as Horizon Locals, for help.

The game even allows players to establish personal space boundaries to prevent other virtual avatars from getting too close for comfort. If a player starts to feel overwhelmed, they can quickly tap on a button to escape the public world and enter a private virtual oasis.

This game is designed for users of all skill levels, so players won’t need coding skills to start constructing their own virtual world.

There’s no telling what Facebook will do next with augmented and virtual reality technologies in the future. However, a string of recent acquisitions indicate that Facebook is fully committed to the world of virtual and augmented reality.

All of these acquisitions occurred over a short period of five or six years, which indicates that Facebook is moving full steam ahead in its quest to dominate the world of virtual and augmented reality.

During a recent earnings call, Facebook CEO Mark Zuckerberg revealed that the company would focus on building a “metaverse” in the future. The term “metaverse” has become somewhat of a poorly defined buzzword in tech circles. In general, it is defined as a shared online space where physical, augmented, and virtual realities meet.

However, Zuckerberg described his vision of a metaverse as “a virtual environment where you can be present with people in digital spaces.” In other words, it would allow users to experience the internet by being inside it rather than looking at it through a computer screen.

Zuckerberg went on to say that the creation of a metaverse could greatly benefit creators, artists, remote workers, and people located in remote areas who would otherwise not have access to educational or career opportunities. He even said that if done correctly, a metaverse could serve as a teleport device.

Zuckerberg may face a number of obstacles in his quest to build a metaverse, including competition and government regulations. But for now, Zuckerberg believes that Facebook is more than capable of transforming from a social media platform to a metaverse company.